This application is based on real-time image registration applied to eye fundus HiRes videos. The algorithm is based on optical flow technics, especially efficient when movements observed between 2 successive frames are small. A real-time performance is reached thanks to the implementation of the algorithm on an high-end graphical card (GPU). 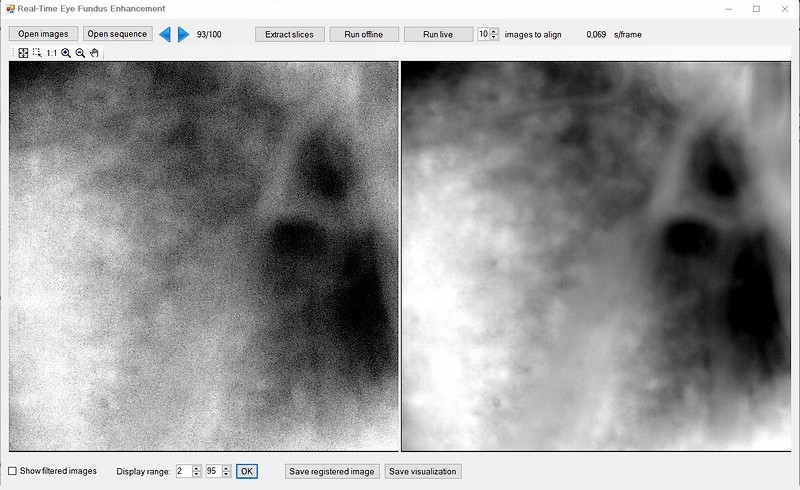 Successive images of the recorded video 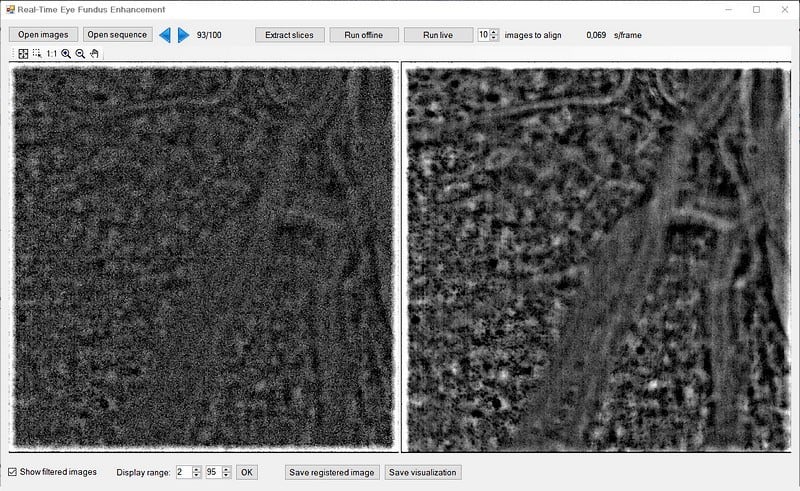 A similar algorithm can be used for image stabilization applied to a video of an object to be tracked.

ADCIS expertise in the field includes