Classifier Builder, a tool included with the Aphelion Dev product, serves as a front-end for a classification application. It is used to define training data and to configure a classifier tool through a supervised learning process performed on a training dataset. With ClassifierBuilder, the user can easily and seamlessly perform a manual classification that assigns objects of interest to user-defined classes. This is especially useful for creating a training dataset. The ClassifierBuilder modifies ObjectSets in the sense it is adding a new attribute to each object that will contain the object’s class.

The Fuzzy Logic is a supervised classification that assigns an object to a class based on the numeric values of the object’s attributes. The user interacts with Classifier Builder to define the lower and upper bounds for all user-selected attributes, for each class. In addition to attribute bound values, the user can alter the fuzziness shape type (e.g., pass-band, cut-band, low-pass, high-pass), the fuzziness width, and the attribute weight. This classifier assigns each object to the class for which the classifier computes the highest score. The settings of the Fuzzy Logic classifier can be saved and then loaded into Aphelion Dev to be automatically applied to any Aphelion ObjectSet.

The Neural Network Toolkit for Classifier Builder is an Aphelion extension that is not included in Aphelion Dev. It enhances Dev with a powerful capability to automatically classify complex objects of interest based on a supervised classification of objects into categories or classes. The Neural Network Toolkit frees the user from the necessity of specifying complex rules for object classification, such as are required by probability and information based classifiers.

The Random Forest Extension for Classifier Builder is an Aphelion extension that is not included in Aphelion Dev. It enhances Dev with a powerful capability to automatically classify complex objects of interest based on a supervised classification of objects into categories or classes. The Extension frees the user from the necessity of specifying complex rules for object classification, such as are required by probability and information based classifiers.

The Random Forest Extension is based upon the R software.

The first step in creating a classification application is to build a training database using ClassifierBuilder. This includes specifying the list of object classes. The list of defined classes is saved as an XML file in a ClassifierBuilder Project. Next, a representative ObjectSet is chosen and its objects are manually assigned to object classes. 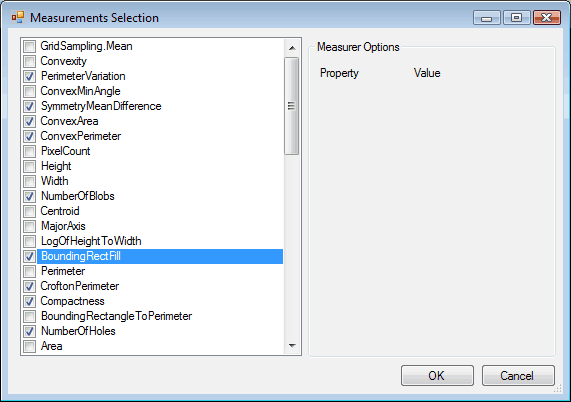 The class attribute and all computed attributes are added to each loaded ObjectSet to form new ObjectSets, which can be saved and later imported into Aphelion Dev for further analysis.

A wizard is available to enable the user to quickly select the attributes to be used in the classification process and to define the number of neurons used to discriminate between two classes.

The number of parameters needed to define the classifier was intentionally reduced to simplify the definition process. However, the Neural Network Toolkit also enables developers to use as many layers and networks as needed, and to define such advanced parameters when working outside ClassifierBuilder.

The third step trains the classifier by computing a weight for each neuron. These weights will minimize the errors resulting from the Neural Network classifier’s assignment of classes to the training database objects. The output data generated by the Neural Network classifier during the training step can be displayed in a text window or as a chart. The user can check the convergence of the classifying process by reviewing the output data. Once the classifier is fully defined, it can be saved in a ClassifierBuilder Project and then applied to an ObjectSet using ClassifierBuilder. 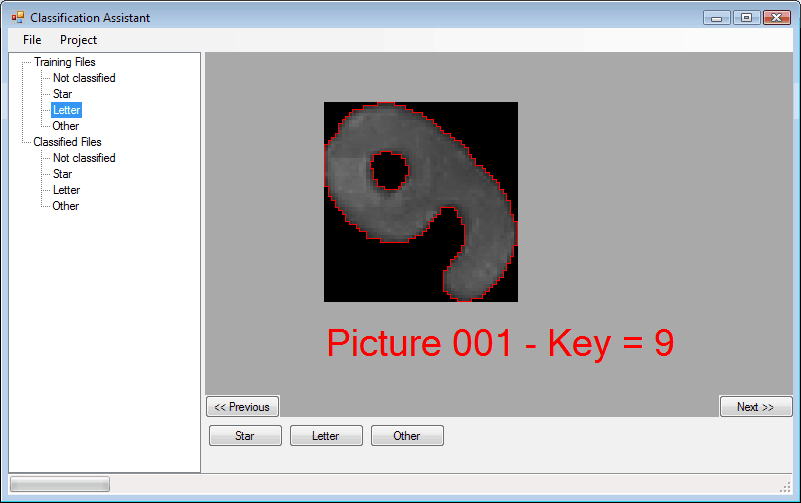 After it is configured, a classifier can be executed in the Aphelion Dev environment in order to automatically apply the classifier to new ObjectSets.

One of the most important benefits of the Aphelion Neural Network classifier is that it is more efficient than a standard multi-layer neural network in that it has less complexity, a shorter training cycle (partial training is possible), and better accuracy when more than two classes are defined. 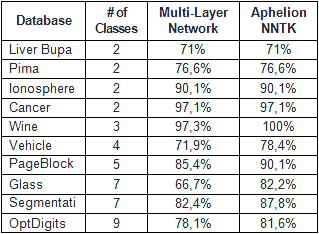 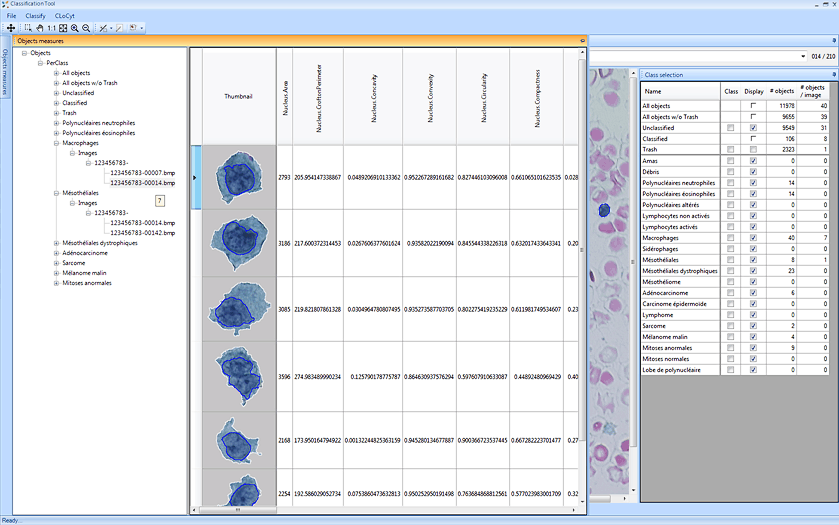 Call us to learn more about the Aphelion Classification Tools.

Aphelion Classification Tools flyer available for download at the bottom of this page.