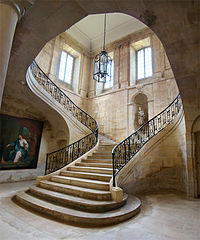 ADCIS, a French company specialized in Image Processing and Analysis, celebrated its 20th anniversary on December 11th, 2015, at the Abbaye aux Dames, Caen, France. The Abbaye aux Dames, a magnificent abbey founded in the 11th century, is one of the major monuments in Normandy, as shown beside.

Over 100 attendees were present, including people from the Normandy region, financial representatives, directors of local research laboratories, the CEO of Amerinex Applied Imaging, Inc., the American ADCIS partner, and representatives of the School of Mines ParisTech.

During this special evening, the following persons gave a speech: